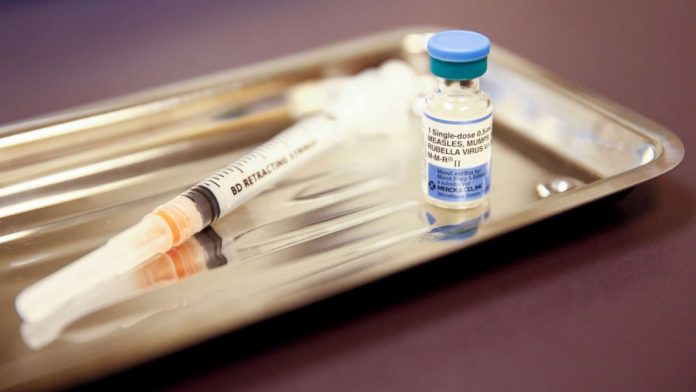 Wednesday was the deadline for proving compliance and nearly 800 Seattle students will be kept out of school because they aren’t vaccinated against measles.

The move comes after Washington legislators passed a law last year that eliminated parents’ personal option to exempt their children from measles, mumps and rubella vaccine.

Seattle Public Schools started with 7,000 unvaccinated students among approximately 54,000, officials said. After holding a series of free vaccination clinics and sending warning letters to 2,274 students, advising that they’d have to stay home if they weren’t vaccinated by Jan. 8, that number fell significantly.

If students can show proof of an upcoming vaccination appointment, they’ll be let into school on Wednesday

The new law came in response to two measles outbreaks in the state in 2019, which sickened more people in Washington in a single year than any since 1990, according to the Washington State Department of Health.

“It’s very important for a safe, healthy learning environment for our students, some of whom have compromised immune systems, or they are very delicate in their health. It’s also important for our staff, and of course, it’s also part of the law”

Students who show up at school today without proof of being vaccinated, or with a medical or religious exemption certificate signed by a health care provider, will be directed to a waiting area until their parents can pick them up.

There were 1,282 cases of measles in the United States last year, according to the Centers for Disease Control and Prevention, the worst year for the infectious disease since 1992.

The global measles outlook in 2019 was no better, with large outbreaks in regions around the world, and more than 400,000 measles cases reported to the World Health Organization as of early November.

Lucille Butler - May 8, 2019
0
Voters in the Mile High City appeared to have voted down a first-in-the nation plan to decriminalize the use and possession of...

Stella Byrd - March 19, 2019
0
1 out of 4 americans declared that they’ve asked their health care providers to offer them a cheaper alternative, according to a...
© I'm Herald 2020. All Rights Reserved.