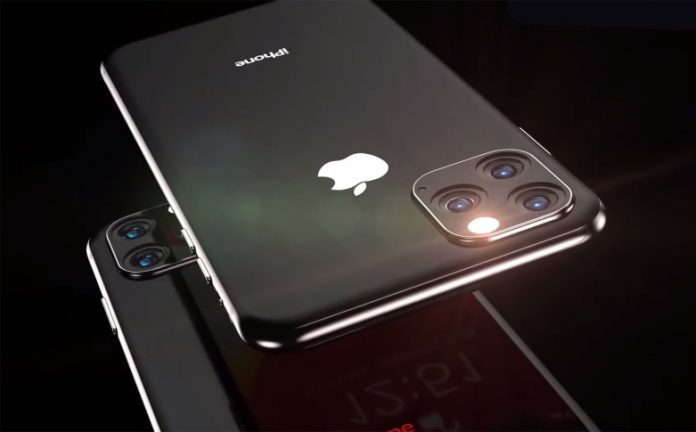 Let’s explore the features that make a difference for Apple’s three new iPhones.

iPhone 11 line – the good and the bad

As was expected, the phones don’t come cheap starting at $699, $999 and $1,099, respectively — perhaps a surprising price in a world where we’re used to paying $1,000 for an iPhone. These new iPhones pick up a fresh palette of colors, longer battery life and a A13 Bionic processor inside that promises faster performance. But more than any other feature, it’s the camera hardware and software that take the headlining role. There are three cameras on the back of the Pro phones and two on the back of the iPhone 11.

This new crop of iPhones may wear different colors, but in terms of overall design, they look strikingly like last year’s iPhone XS, iPhone XS Max and iPhone XR — notch and all.

Those three cameras on the back of the iPhone 11 Pro and Pro Max are Apple’s biggest risks in a series that plays it safe this year. For many people, the iPhone represents the gold standard for smartphone design and cutting-edge features like Face ID unlocking, which Apple says is now faster than before. But despite bread-and-butter features, like support for Wi-Fi 6, the iPhone 11 trio fails to push the envelope, relying instead on the big camera change and smaller refinements to keep up momentum.

What improvements does the iPhone 11 bring to the table?

One of the most crucial features of any new smartphone is improvements to battery life, and Apple has actually made quite a leap here with the iPhone 11 Pro. The device now lasts four hours longer than the iPhone XS from last year, with the Max variant getting an increase in battery life of five hours.

2. A triple camera system that has some impressive new features

While better battery life is a nice perk, Apple has increasingly leaned on its camera tech to market its newest and most expensive iPhones. That’s perhaps truer of the iPhone 11 Pro than any other mobile device in the company’s history. This go-around, the flagship iPhone has a triple-camera system compared to the standard iPhone 11’s dual-camera setup. You get one ultra-wide angle 12-megapixel camera, one standard wide 12-megapixel one, as well as a 12-megapixel telephoto.

If having the best smartphone screen you can buy still matters to you, then good news: Apple is still using its flagship iPhones to offer the latest and greatest in mobile display tech. The iPhone 11 Pro will come with what Apple calls a Super Retina XDR display in either 5.8 inches or 6.5 inches for the Max. While there doesn’t appear to be a huge difference between the Super Retina XDR and the Liquid Retina HD on the iPhone 11, it remains an OLED versus LCD decision.

This is perhaps a more controversial take on the iPhone 11 Pro, but its feature set and the differentiating factors that separate it from the standard iPhone 11 didn’t seem to scream “pro” to me. For one, it’s not even clear what a pro smartphone is supposed to look like. What does come to mind is an exorbitant Samsung device like the Galaxy Note 10 Plus that comes with a massive display, stylus support, and other features ostensibly marketed toward mobile power users.

2. It has a boring color options compared with the iPhone 10

It feels a bit unfair to gripe about color schemes as a “worst” feature of a new Apple product, but this is the second year in a row the company has offered up a range of colorful, eye-popping options for the standard iPhone and stiffed fans of its higher-end handsets by sticking with the same old space gray, silver, and rose gold variants.

There is a better side as those who buy the Pro do have the option of the new “midnight green” color, which looks much nicer in real-world photos than it did on the Apple live stream.

3. It doesn’t come with a USB-C this year

Considering the magnitude of iPhone leaks that now occur each and every month of the year, it was no surprise that Apple’s iPhone 11 arrived with the same, frustrating Lightning port. We knew back in February of this year that it was likely that Apple would stick with Lightning for its 2019 smartphones, and that was more or less set in stone by the summer via additional leaks and reports.

Cathy Garrett - April 18, 2019
0
Facebook "unintentionally" uploaded the email contacts of more than 1.5 million users without asking permission to do so, the social network has...

Carmen Wells - March 14, 2019
0
Swedish environmental activist Greta Thunberg has been nominated for a Nobel Peace Prize in recognition of her work leading a youth campaign...
© I'm Herald 2020. All Rights Reserved.