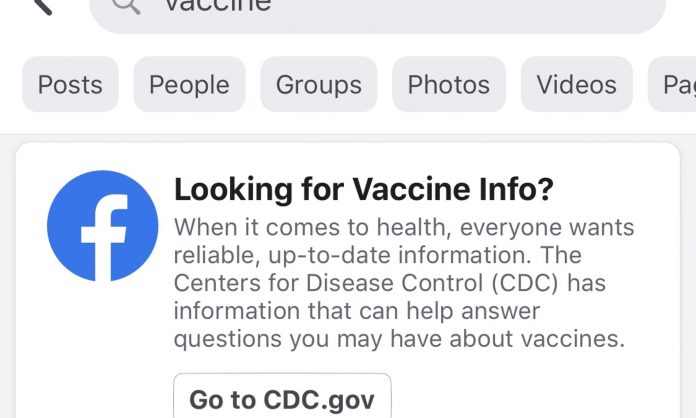 A new feature is rolling out on Facebook and Instagram to combat the spread of anti-vaccine misinformation.

“We know that parents often turn to social media to access health information and connect with other parents, and it can be difficult to determine what is accurate and who the credible sources of information are,”

CDC spokeswoman Kristen Nordlund said in an email on Wednesday.

Combating “vaccine myths and misinformation is a shared responsibility and we applaud these efforts,” she said in part.

This launch comes at the same time a measles outbreak has hit the United States, reaching more than 1,200 confirmed cases across 31 states since the beginning of the year. Outbreaks have also spread around the world, resulting in four European countries losing their measles-free status.

Public health experts have pointed to anti-vaccination content online as playing a major role in fewer people getting vaccinated against certain diseases, resulting in outbreaks of measles and other illnesses.

“The World Health Organization and Facebook have been in discussions for several months to ensure people will be able to access authoritative information on vaccines and reduce the spread of inaccuracies,” WHO Director-General Tedros Adhanom Ghebreyesus said in a written statement on Wednesday.

“Vaccine misinformation is a major threat to global health that could reverse decades of progress made in tackling preventable diseases. Many debilitating and deadly diseases can be effectively prevented by vaccines. Major digital organizations have a responsibility to their users — to ensure that they can access facts about vaccines and health. It would be great to see social and search platforms come together to leverage their combined reach.”

Just last week, the social media platform Pinterest announced that searches for “measles,” “vaccine safety” and other vaccine-related content would only return results from public health organizations. The company said the new search experience is available now in English on its website and mobile apps.

Another huge company decided to take some action in this sense earlier this year. Amazon removed anti-vaccine documentaries from its Amazon Prime Video streaming service and YouTube pulled ads from appearing on videos that promote anti-vaccine content.

Facebook previously lowered the ranking of groups and pages that spread misinformation about vaccines in its News Feed and Search options. Now the educational pop-up windows are another step in efforts to tackle the spread of misinformation.

“We want people to get accurate information, particularly about health. When things are hate or things are violence, we take them down. But when things are false, we dramatically decrease it and we show the other side of the story, and that’s because the debate has to happen. The way you can say something is false is you have to be able to say, ‘Here’s the true side of the story,’ and we want that debate to happen – so that people do get educated and understand that the science is settled.” 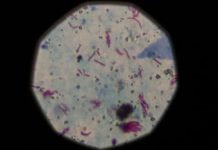 Lucille Butler - October 21, 2018
0
The Illinois Department of Transportation (IDOT) recently proposed a new project to change how children go to school. The campaign, which is entitled Safe...
© I'm Herald 2020. All Rights Reserved.