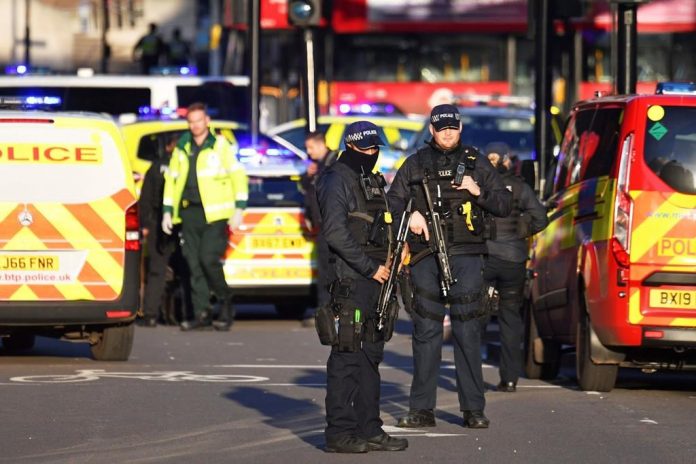 Several people in London have been injured and a man has been detained, according to the U.K’s Met Police, following multiple media reports of a shooting near the London Bridge area.

A number of people are believed to have been injured in an incident at London Bridge, police have said.

The Met said they were called to a stabbing at a premises near the bridge just before 14:00.

The force said they had detained a man. London Ambulance Service has declared a “major incident”.

Reporter John McManus, at the scene, said he had seen a group of men in a fight on the bridge. Police then arrived and shots were fired, he said.

British Transport Police said London Bridge station was currently closed and no trains would be stopping there.

Police have advised people near the scene to follow directions from officers on the ground.

“Just a few minutes ago I was walking across London Bridge on the south bank to the north bank of the bridge. There appeared to be a fight going on on the other side of the bridge, with several men attacking one man. Police then quickly arrived, including armed police, and then a number of shots were fired at this man.”

The Metropolitan Police have said that they are dealing with an incident at London Bridge. In their latest update, police say a man has been detained and that a number of people have been injured.

A news reporter traveling in the area has confirmed that the bridge is now closed off and that a lorry is parked at a 90 degree angle across the road.

London Bridge station is closed and trains are not stopping in the area.

A tweet from the London Ambulance Service has described it as a major incident.

A motive in the incident has not been confirmed by police, however, the London Bridge area was the scene of a terrorist melee on June 3, 2017. Islamic terrorists used a dual vehicle ramming and stabbing attack. Eight civilians died and four police officers were injured in the assault. All three terrorists were also killed. 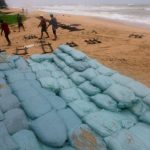 Lucille Butler - January 4, 2019
0
Authorities have warned people two days ago about the Pabuk storm that was about to hit Thailand’s islands, then they went on...

Lula Sherman - January 30, 2023
0
Apple, the world’s largest technology company by revenue, is a leader in innovation, frequently introducing astonishing new technologies and products. As per...