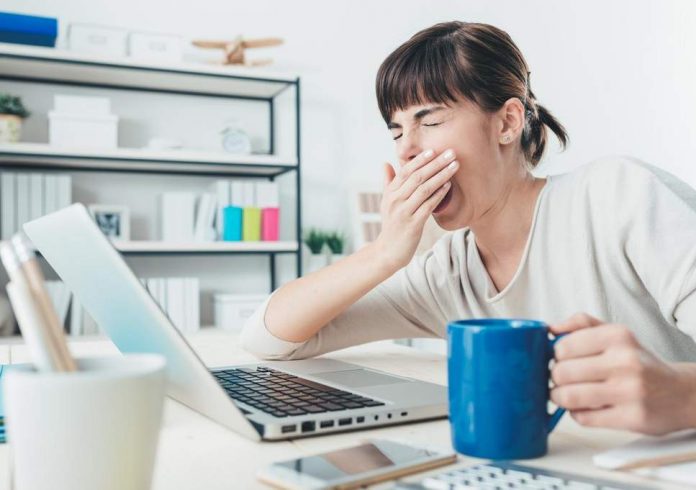 Wearing glasses to knock out blue light before bed can stop phones, computers and tablets from disrupting sleep, a new study suggests.

Researchers have tried to demonstrate that sleep complaints can be simply reversed by minimising evening screen use or exposure to blue light (which is the culprit that’s keeping us up when we want to hit the hay).

Dutch researchers studying the effects of screen time on sleep patterns of teenagers found that those who spent longer glued to their phones were likely to struggle to drop off and have lest restful slumber.

But taking action in the evenings and switching off screen before bed helped reverse these effects. A similar effect was achieved by wearing special glasses that block out the blue light believed to disrupt the body’s internal clock.

Disrupted sleep impacts concentration and memory, and this can interfere with children’s learning, but longer term it has also been linked to higher rates of obesity, heart disease and cancers.

This has made the effect of smartphones on young people an important area of research.

“Adolescents increasingly spend more time on devices with screens and sleep complaints are frequent in this age group,” said Dr Dirk Jan Stenvers from Amsterdam University Medical Centre, who is presenting the research findings at the European Society of Endocrinology Annual Meeting 2019.

“Here we show very simply that these sleep complaints can be easily reversed by minimising evening screen use or exposure to blue light.”

The researchers studied a group of 55 teens aged 12 to 17, split between heavy and light screen users.

They found that those who spent four hours or more using screens each day took nearly half an hour longer to drift off at night than those who used screens for an hour or less.

This group also had more disrupted sleep and took longer to wake up in the mornings.

The effect of different interventions on sleep was tracked using diaries and wearable sensors which meant they could be monitored in their own homes.

It showed that one week of evening screen abstinence was enough to cut the time teens took to drift off by 68%.

This was the equivalent to getting to sleep 20 minutes earlier, and waking up more quickly as well, and they appeared to sleep better as well.

Daylight-mimicking blue light can interfere with sleep by preventing the production of the slumber inducing hormone melatonin.

However previous studies have not been able to tell whether the light from phones is enough to cause sleep disruption, or if this is a consequence of having a distraction by the bedside.

“Based on our data, it is likely that adolescent sleep complaints and delayed sleep onset are at least partly mediated by blue light from screens,”

The findings are at a preliminary stage and have not been through academic peer review – a pre-requisite for being published in a scientific journal.

But independent researchers said they were “certainly promising”.

“The results suggest that wearing blue-light-blocking glasses may reduce the impact of frequent screen use on adolescents’ sleep,” said Dr Iroise Dumontheil from Birkbeck, University of London a researcher on the study of cognition, adolescence and mobile phones (Scamp).

“Particularly interesting is that wearing these glasses had a similar effect to avoiding screen use completely, both allowing adolescents to fall asleep and wake up earlier.”

Rene Fernandez - January 17, 2019
0
Amazon is recognized as the e-commerce giant, a huge player in cloud computing and an aspiring one in the pharmacy business. Across...