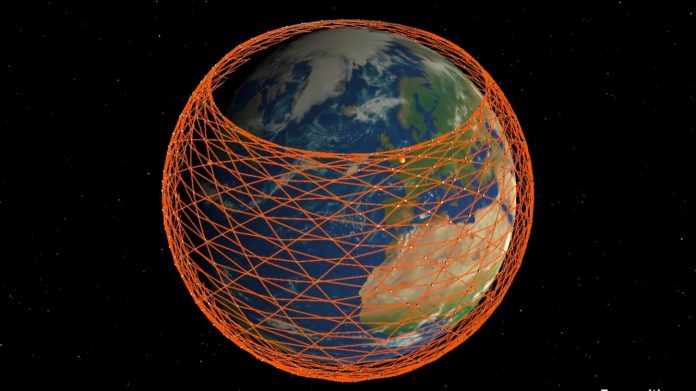 Elon Musk just revealed new details about Starlink, a plan to surround Earth with 12,000 high-speed internet satellites. Here’s how it might work.

SpaceX, the rocket company founded by Elon Musk, is trying to launch an internet revolution.

On Thursday between 10:30 p.m. and midnight ET (weather permitting), SpaceX plans to launch a Falcon 9 rocket from Cape Canaveral, Florida. Crammed inside the nosecone will be 60 tabletop-size satellites designed to test an internet network called Starlink.

Starlink, once complete, would consist of nearly 12,000 satellites — more than six times the number of all operational spacecraft now in orbit. The goal is to finish the project in 2027, thereby blanketing the Earth with high-speed, low-latency, and affordable internet access.

Even partial deployment of Starlink would benefit the financial sector and bring pervasive broadband internet to rural and remote areas. Completing the project may cost $10 billion or more, according to Gwynne Shotwell, the president and chief operating officer of SpaceX. But Musk said during a call with reporters on Wednesday that it could net the company perhaps $30 to $50 billion per year.

It’s not going to be easy to pull off, though, as Musk acknowledged.

“There is a lot of new technology here. So it’s possible that some of these satellites may not work,” he said. In fact, Musk added that there’s a “small possibility that all of the satellites will not work.”

“This is the most exciting new network we’ve seen in a long time,”Mark Handley, a computer-networking researcher at University College London who’s studied Starlink, told Business Insider. He added that the project could affect the lives of “potentially everybody.”

Here’s how Starlink might work and how it could change the internet as we know it.

Starlink aims to solve two big problems with the modern internet: a lack of pervasive and affordable connections, and a significant lag between distant locations. SpaceX could make billions of dollars by fixing those issues.

Cathy Garrett - May 22, 2019
0
Hundreds of patients at a Hertfordshire dental surgery have been told to take HIV tests after their appointments. The...
© I'm Herald 2020. All Rights Reserved.