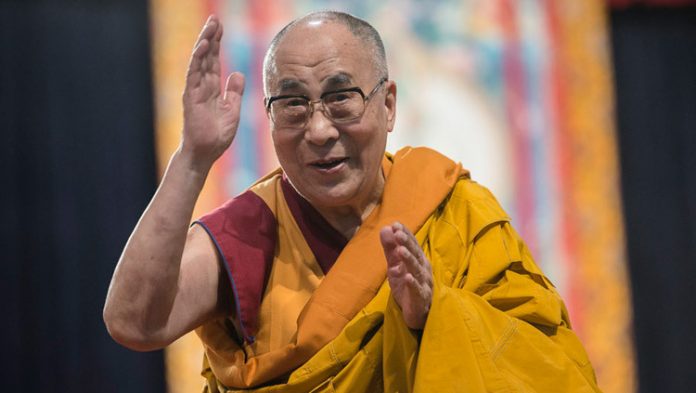 The Dalai Lama flew from Dharmsala for consultations with doctors in the capital and was hospitalized on Tuesday.

The Dalai Lama, who fled to India in early 1959 after a failed uprising against Chinese rule, lives in exile in the northern Indian hill town of Dharamshala.

His personal secretary, Tenzin Taklha, told reporters: “Today morning his holiness felt some discomfort and he was flown to Delhi for check-up. Doctors have diagnosed him with chest infection and he is being treated for that. His condition is stable now. He will be treated for two, three days here.”

83-year-old Tibetan spiritual leader is under medication and likely to spend a day or two in the hospital, spokesman Tenzin Taklha said.

He usually spends several months a year traveling the world to teach Buddhism and highlight the Tibetans’ struggle for greater freedom in China.

“Long-distance travelling is tiresome. Generally, he is in very good health. But he is taking precautions,” the same spokesperson said.

The Tibetan spiritual leader flew from Dharmsala for consultations with doctors in the capital and was hospitalized on Tuesday.

The north Indian hill town has been his headquarters since he fled Tibet in 1959 following a failed uprising against Chinese rule.

He addressed a conference of educators and students in New Delhi last week and answering a question related to Tibet’s future with China, he reiterated that he is not seeking independence for Tibet, but would prefer a “reunion’” with China under mutually acceptable terms.

The stakes are pretty high when it comes to the Dalai Lama’s health given that up to 100.000 Tibetans living in India are worried that their fight for a genuinely autonomous homeland would be put to an end after the Dalai Lama’s death.

The Dalai Lama has always said that after his death he would reincarnate into someone or something coming from India, thus warning a potential chinese successor that he would not be respected.

China, which took control of Tibet in 1950, considers the Nobel peace laureate a dangerous separatist and has said its leaders have the right to approve the Dalai Lama’s successor, as a legacy inherited from China’s emperors.

But many Tibetans – whose tradition holds that the soul of a senior Buddhist monk is reincarnated in the body of a child on his death have their suspicions about how the Chinese just want to take advantage and exert influence on their community.