Breast cancer is the second most common type of cancer worldwide and it’s said to affect nearly 2 million women.

Breast cancer is believed to be the result of uncontrolled cell division of breast cells, most commonly cells of breast lobule and ducts. It may also affect fatty or connective tissues within the breasts.

The medication market dedicated to breast cancer is driven to create more and hopefully better products due to the increase in the prevalence of breast cancer cases worldwide. Along with it, there’s also the growth of people’s incomes, health awareness and overall healthcare spending.

Investments made by major market players for novel drug development and favorable reimbursement policies are also contributing to the breast cancer drugs market globally. Additionally, government funding/grants for research and development and patent expiry will further propel this market’s growth in the future. However, the high cost of treatment may hamper the breast cancer drugs market growth.

The breast cancer drug market is divided into types and regions

From these, chemotherapy drugs held the largest market share in 2018, but current forecasts say that targeted therapy drugs are expected to show the highest CAGR over the aforementioned timeframe.

What does targeted therapy do?

Targeted therapy is meant to support the immune system destroy cancer cells by interfering with specific proteins and fight cancer cells. This type of therapy is said to be milder than chemo drugs due to having lesser side effects.

This will fuel the targeted therapy drugs’ market popularity over the estimated timeframe.

What are chemotherapeutic drugs

How are breast cancer drugs divided by region?

By region, North America dominated the global breast cancer drugs market with a market share of about 43% in 2018 and is projected to retain its leading position over the forecast time period as well. This can be attributed to the increasing prevalence of breast cancer, growing health awareness, the presence of key market players in the region, ongoing drug discovery research and development projects, favorable reimbursement policies for breast cancer, increasing use of breast cancer targeted therapies as precision medicine, presence of developed healthcare infrastructure, and increasing health awareness and spending. At the country level, the U.S. is a major country for the North American breast cancer drugs market followed by Canada. In 2018, the U.S. dominated this regional with the largest market share, i.e., about 80%, owing to the high disease burden of breast cancer, changing lifestyle and dietary habits, and technological advancements. 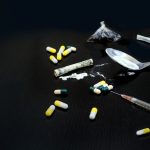 Lula Sherman - February 1, 2023
0
A handful of countries have decriminalized personal use and possession of hard drugs, including Europe’s Czechia, the Netherlands, Portugal and Switzerland, aiming...

Carmen Wells - October 26, 2018
0
Home Fires or Fire Incidents, in general, is one of the most unfortunate events in society. Aside from losing your most prized possessions, the incident...
© I'm Herald 2020. All Rights Reserved.