Elon Musk announced Wednesday that his neurotechnology start-up, Neuralink, will be able to implant its first connected device in a human’s brain within six months.

The company is developing brain chips that could allow disabled people to regain mobility or communicate again, it even aims to restore vision. In the recent years, the device has been tested on animals while awaiting approval from the U.S. Food and Drug Administration (FDA) to begin clinical trials on humans.

“We want to be extremely careful and certain that it will work well before putting a device into a human but we’ve submitted I think most of our paperwork to the FDA and probably in about six months we should be able to upload Neuralink in a human,” Musk stated.

During the three hours ‘Neuralink Show and Tell’ event on Wednesday, Musk highlighted the speed at which the company is developing the device. “The progress at first, particularly as it applies to humans, will seem perhaps agonizingly slow, but we are doing all of the things to bring it to scale in parallel.”

“So, in theory, progress should be exponential.”

Elon Musk launched the start-up in 2016 with hopes of developing technologies that would eventually allow paralysed people to recover motor function and treat diseases such as Parkinson’s and Alzheimer’s. In July 2019, he estimated that Neuralink could conduct its first tests on individuals in 2020, but so far, only coin-sized prototypes have been implanted in animal skulls.

At its last public event more than a year ago, Neuralink involved a monkey with a such a brain chip that played a video game using only its mind. So far the company has repeatedly missed internal deadlines to get FDA approval to begin human trials, and according to Reuters Musk has in the past expressed dissatisfaction with employee progress and even approached his competitor Synchron earlier this year about a potential investment.

Synchron has already implemented a device in a patient in the US in July this year. The company has gained regulatory approval for human trials in 2021 and has already completed studies in four people in Australia. 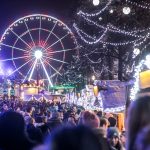 Lula Sherman - November 28, 2022
0
Christmas markets originated in the Middle Ages and have since become a popular tradition all over the world. Nowadays, many big cities... 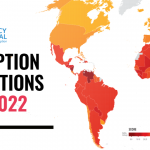 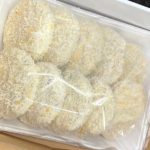