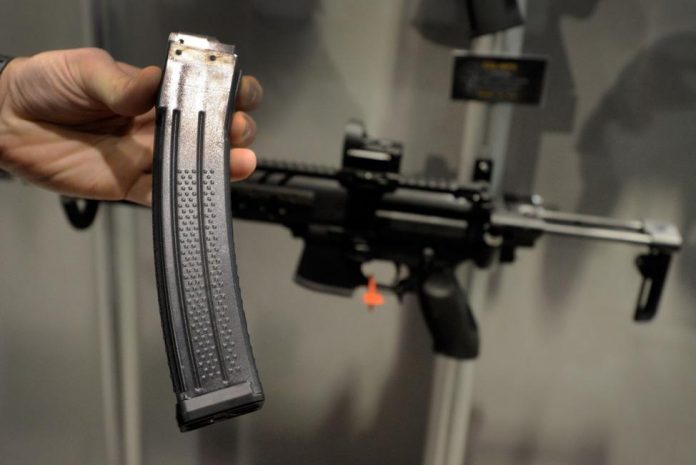 He called the law that would have banned possessing any magazines holding more than 10 bullets unconstitutional.

In a pretty sensational 86-page decision — that opens with three bloody, true-crime vignettes of home invasions and hailing the benefits of bullets at our disposal – Benitez writes less like a judge than a gun-lobby pamphleteer.

In his decision, Benitez detailed several accounts of people defending themselves against home invasions who ran out of ammunition while shooting at intruders. He implied they could have benefited from high-capacity magazines.

He also stated that in 2017 alone, California’s “population of 39 million people endured 56.609 robberies, 105.391 aggravated assaults and 95.942 residential burglaries. There were also 423 homicides in victims’ residences,”.

“The magazine ban arbitrarily selects 10 rounds as the magazine capacity over which possession is unlawful. … The ban on magazines that hold more than 10 rounds amounts to a prohibition on an entire class of ‘arms’ that is overwhelmingly chosen by American citizens for the lawful purpose of self-defense,” he ruled.

Benitez emphasizes that the avowed aim of the large capacity magazines ban – reducing the lethality of mass shootings – is related to a small subset of “extremely rare” crimes: cases where the need to switch magazines creates a “critical pause” during which the perpetrator might be overpowered or his victims might escape.

Defensive uses of guns are far more common, and at the beginning of his ruling Benitez describes several cases in which having more than 10 rounds could have made a critical difference. “From the perspective of a victim trying to defend her home and family,” he says, “the time required to re-load a pistol after the tenth shot might be called a ‘lethal pause,’ as it typically takes a victim much longer to re-load (if they can do it at all) than a perpetrator planning an attack.”

The NRA completely supports the decision

California law has prohibited buying or selling such magazines since 2000, but those who had them before were allowed to keep them.

The National Rifle Association (NRA), which backed the lawsuit, hailed the decision as a “huge win for gunowners.”

The National Rifle Association cheered the ruling, saying Benitez “handed Second Amendment supporters a sweeping victory.” In a statement, the group said the decision leaves law-abiding Californians “safer and freer, at least for the time being.”

Rene Fernandez - April 22, 2019
0
He recently starred in a TV series in which he played a history teacher who is elected president after his rant about...
© I'm Herald 2020. All Rights Reserved.