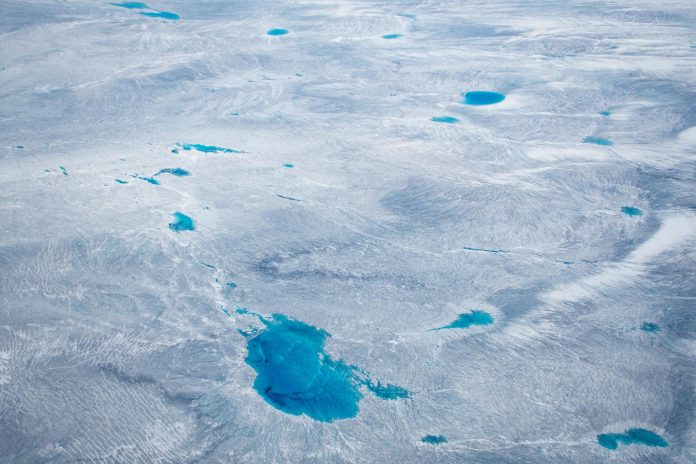 What does this dramatic ice melting situation imply?

Climate change is causing Greenland’s massive ice sheets to melt much faster than previously thought, a new study has found, and unfortunately it might just be “too late” to do anything about it.

The findings could have dire implications for the planet’s low lying islands and coastal cities, given that 8 out of 10 of the largest cities in the world are near coasts and nearly 50% of the planet’s population live in areas vulnerable to rising seas.

Michael Bevis, a professor of geodynamics at The Ohio State University and the lead author of the study, says the research found that humanity may have passed the point of no return when it comes to fighting climate change. Bevis also says that it’s too late for any action to have any sort of positive effect.

The Arctic is warming at twice the average rate of the rest of the planet, and the new research adds to the evidence that the ice loss in Greenland, which lies mainly above the Arctic Circle, is speeding up as the warming increases. The authors found that ice loss in 2012, more than 400 billion tons per year, was nearly four times the rate in 2003.

The study is the latest in a series of papers suggesting that scientific estimates of the effects of a warming planet have been conservative, to say the least. A separate study of ice loss in Antarctica found that the continent is contributing more to rising sea levels than it was previously thought.

Another terrifying new analysis suggested that even the oceans are warming a lot faster than earlier estimates. Warming oceans are currently the leading cause of sea-level rise, since water expands as it warms.

Researchers said these findings underscored the need for action to curb emissions of planet-warming gases and avoid the worst effects of climate change.

Rising sea levels are one of the clearest consequences of global warming; they are caused both by thermal expansion of the oceans and by the melting of ice sheets on land.

How was the study on global warming conducted?

The study used satellite data and ground-based instruments to measure Greenland’s ice loss in the 21st century. It looked closely at what seemed to be a pause in the ice loss for about a year, beginning in 2013, that followed a stretch of greatly accelerated melting.

Bevis’ study shows southwest Greenland is where the ice sheet is most susceptible to El Niño-like atmospheric cycles that are superimposed on a warming trend, said Jason Box, a glaciologist at the Geological Survey of Denmark and Greenland. And it’s clear more of the overall ice loss is coming from the surface than marine terminating glaciers, Box said.
Dr Bevis has said that even “One degree of warming in the future will have way more impact than one degree of warming in the last century.”

Without acting soon to dramatically reduce the burning of fossil fuels that is raising global temperatures, most or all of Greenland’s ice could melt, raising sea levels 23 feet, as said by Richard Alley, a glaciologist at Penn State. This would occur on a time scale of centuries. However, there is a warming threshold that could be crossed in a few decades or less and, if exceeded long enough, the meltdown of Greenland would be irreversible, said Alley.

Cathy Garrett - January 9, 2020
0
Wednesday was the deadline for proving compliance and nearly 800 Seattle students will be kept out of school because they aren't vaccinated...

Carmen Wells - September 16, 2019
0
A 4 year old boy in California died recently after testing positive for the flu, health officials said, while adding that he...
© I'm Herald 2020. All Rights Reserved.