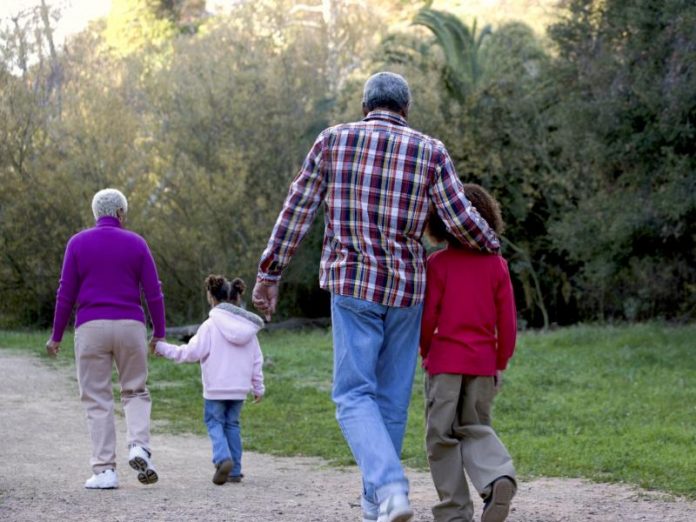 The new health guidelines mention that any exercise is better than none. In other words, even as little as a few minutes will count towards your daily exercise goal.

Previous statements told us that in order to get the full health benefits of exercise, we needed to perform an activity for at least 10 minutes at a time. But “we now know that any amount of physical activity has some health benefits,” says Dr. Brett Giroir, theAssistant Secretary for Health at HHS.

What does low intensity activity mean?
The low intensity physical activity that the study was talking about could even be a casual stroll two blocks away from your workplace or choosing to take the stairs and not the elevator.

These simple non sedentary activities aren’t as powerful as any form of exercises, not even low intensity home or gym workouts, but they do seem to have actual health benefits.
Small daily activities linked to decrease in early death risk

The aforementioned study included national data on 7999 people with ages from 45 and older that were told to wear activity monitors to track their sedentary time for a total time of 4 years.
The researchers used that data to analyze and simulate the mortality benefits that replacing the sedentary time with physical activity could possibly bring.

About one in four adults spends more than eight hours a day sitting, according to a recent study.
In a previous paper, Diaz and his team discovered that adults who sat for lng stretches at a time — an hour or more without interruption — had a greater risk of early death than those who were sedentary for the same total amount of time but got up and moved around more often.

They also found that people who sat for less than 30 minutes at a time had the lowest risk of early death, suggesting that taking movement breaks every half-hour could lower your risk of death.
But just how intense, and for how long, does the physical activity need to be to counter the side effects of sitting for too long?

“If you have a job or lifestyle that involves a lot of sitting, you can lower your risk of early death
by moving more often, for as long as you want and as your physical capacities allow you to,
whether that means taking an intense uphill spin class or choosing lower-intensity activities, like
walking,” Diaz says.

While the study estimated the degree to which the risk of dying from any cause could be cut by swapping sitting for movement, it did not look into any specific health-related outcomes, like the impact of movement on cardiovascular health.

“In our next study, we plan to look at the risk of specific cardiovascular outcomes, such as heart
attack, heart failure, and cardiovascular-related deaths, associated with physical activity versus sedentary behavior.”

How much should we exercise weekly?
The American College of Sport Medicine recommends that the average adult get 150 minutes of aerobic exercise a week, which can seem a bit too much for most sedentary people.
The thing that we should all agree upon is that physical activity of any intensity is needed and beneficial.

Stella Byrd - April 13, 2019
0
Propaganda from terrorist groups, criminal gangs, sexual predators. All of these pose a big threat in real life, and an even bigger...

Stella Byrd - March 6, 2019
0
Aphrodisiacs were named after Aphrodite, the Greek goddess of love, and are said to increase libido, potency, and sexual pleasure. Among the...
© I'm Herald 2020. All Rights Reserved.