On Sunday, 300 Santa Clauses, a Grinch and a Christmas Tree participate in the annual five kilometres dash to raise money for a local charity. The event took place on the slopes of Sunday River ski resort in Maine, USA.

Held for almost two decades, the event gained popularity and became an annual tradition being called Santa Sunday. Even though there was little natural snow, the snow-making machines made it possible for the hundreds of Santa Clauses with snowy-white beards and red suits to hit the slopes. A skiing Grinch and a skiing Christmas tree also came along. As a reward for participation, the first 75 Santas who signed up, using the special form on the Santa Sunday web page, have the chance to be considered for an IMAX video shot by the Boston Museum of Science.

This year, the joly event raised more than 7,000 dollars that were directed towards a local charity, River Fund. The non-profit organization “aims to create a bright economic future for the community by investing in the education of the area’s youth and by harnessing the recreational assets of the region.”

“Thank you to the 300 Santa Clauses (one grinch) and the incredible team members @sundayriver who made Santa Sunday such a success today. During this season of giving, you all raised over $7k for The River Fund Maine, for which we are incredibly grateful,” wrote River Fund after the event on Instagram.

Sunday River was the first ski resort to open in the northeast this year, on November 17th.

Jason Lang - September 18, 2019
0
In an internal webcast hours after the shared-workspace provider delayed its stock-market listing, Neumann said he had lessons to learn about running... 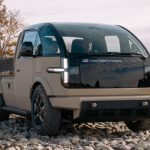 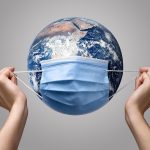