Over the weekend, China reported the first Covid-19 patient deaths in six months. According to state media, all three individuals, aged between 87 and 91, resided in Beijing and had pre-existing medical issues. Officials did not mentioned whether they were vaccinated.

Beijing, home to more than 21 million people, reported 316 new Covid cases by 15:00 on Monday, according to Reuters news agency. “The city is facing its most complex and severe prevention and control situation since the outbreak of the coronavirus,” Liu Xiaofeng, the deputy director of Beijing’s municipal Centre for Disease Control and Prevention, told a media briefing.

China’s capital tightened Covid rules, shutting businesses and schools in hard-hit districts and urging three million people to stay at home. People traveling to Beijing from elsewhere are required to undergo testing for the first three days of their visit and remain indoors until they receive the all-clear.

“The situation of epidemic prevention and control in the capital is grim.”

In the southern province of Guangdong, more than 8,000 new cases were reported Sunday, prompting officials to impose a five-day lockdown in Baiyun, the city’s most populous district and home to one of the country’s busiest international airports.

China is the world’s last major economy still enforcing strict zero-Covid measures which is expected to exit from in the second half of 2023. “From an epidemiological and political perspective, we do not think the country is ready yet to open up,” Oxford senior economist Louise Loo said on Monday, noting Oxford’s take is “a more cautious view” than consensus. “In our view, policymakers remain intensely cognisant of the potential ramifications of a disruptive health crisis associated with easing Covid restrictions too quickly, too soon.”

“This timing reflects China’s political calendar, with the annual “Two Sessions” plenary meetings in Mar-23 and the unveiling of key economic policy directions during this time, as well as our assessment that China would not be sufficiently prepared epidemiologically for a reopening until mid-2023,” Loo concluded. 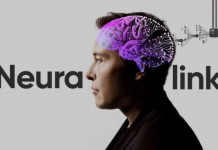 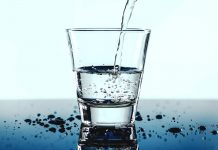