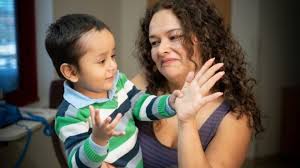 They were born without a working germ-fighting system, every infection a threat to their lives. Now eight babies with “bubble boy disease” have had it fixed by a gene therapy made from one of the immune system’s worst enemies – HIV, the virus that causes AIDS.

A study details how scientists turned this enemy virus into a saviour, altering it so it couldn’t cause disease and then using it to deliver a gene the boys lacked.

“This therapy has cured the patients,” although it will take more time to see if it’s a permanent fix, said Dr. Ewelina Mamcarz, one of the study leaders at St. Jude Children’s Research Hospital in Memphis, US.

Omarion Jordan, who turns 1 later this month, had the therapy in December to treat severe combined immunodeficiency syndrome, or SCID.

Study results were published by the New England Journal of Medicine. The treatment was pioneered by a St. Jude doctor who recently died, Brian Sorrentino.

SCID is caused by a genetic flaw that keeps the bone marrow from making effective versions of blood cells that comprise the immune system. It affects 1 in 200,000 newborns, almost exclusively males. Without treatment, it often kills in the first year or two of life.

“A simple infection like the common cold could be fatal,” Mamcarz said.

The nickname “bubble boy disease” comes from a famous case in the 1970s – a Texas boy who lived for 12 years in a protective plastic bubble to isolate him from germs. A bone marrow transplant from a genetically matched sibling can cure SCID, but most people lack a suitable donor. Transplants also are medically risky – the Texas boy died after one.

Doctors think gene therapy could be a solution. It involves removing some of a patient’s blood cells, using the modified HIV to insert the missing gene, and returning the cells through an IV. Before getting their cells back, patients are given a drug to destroy some of their marrow so the modified cells have more room to grow.

When doctors first tried it 20 years ago, the treatment had unintended effects on other genes, and some patients later developed leukemia. The new therapy has safeguards to lower that risk.

A small study of older children suggested it was safe. The new study tried it in infants, and doctors are reporting on the first eight who were treated at St. Jude and at UCSF Benioff Children’s Hospital San Francisco.

Within a few months, normal levels of healthy immune system cells developed in seven boys. The eighth needed a second dose of gene therapy but now is well, too. Six to 24 months after treatment, all eight are making all the cell types needed to fight infections, and some have successfully received vaccines to further boost their immunity to disease.

No serious or lasting side effects occurred.

​Omarion is the 10th boy treated in the study, which is ongoing. It’s sponsored by the American Lebanese Syrian Associated Charities, the California Institute of Regenerative Medicine, the Assisi Foundation of Memphis and the federal government.

“So far it really looks good,” but patients will have to be studied to see if the results last, said Dr. Anthony Fauci, head of the National Institute of Allergy and Infectious Diseases, which helped develop the treatment. “To me, this looks promising.”

Rights to it have been licensed by St. Jude to Mustang Bio. Doctors say they have no estimate on what it might cost if it does become an approved treatment. They say they also hope to try it for more common problems such as sickle cell disease.

Stella Byrd - February 6, 2019
0
Business leaders everywhere are generally worried by trade conflicts, but the ones from China and the United States are particularly concerned about...
© I'm Herald 2020. All Rights Reserved.