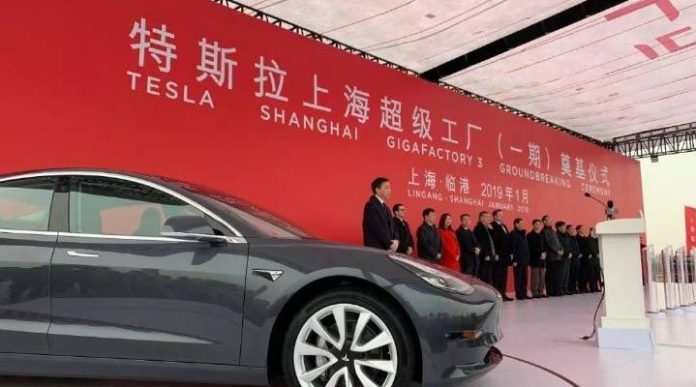 Elon Musk made a deal with Chinese authorities for the construction of a new Tesla factory in Shanghai, the first ever built outside the United States. The built is set to start on Monday and should end sometime this summer. Tesla plans to produce the first cars about two years after the plant construction is started, aiming to build as much as 500,000 cars per year about two to three years later.

It has been proven that China is one of the largest markets in the world for electric vehicles and it’s been predicted that their sale will accelerate rapidly by 2030. With more than 28 million electric cars sold in China last year, annual sales are estimated to top 35 million by 2025, which is more than the current US market where new electric cars sales reach about 17 million a year.

The initiative to open a factory in China comes after the frictions between US and China regarding inflamed import tariffs due to the trade war. Therefore, after the new plant will be built, Tesla’s position in China will improve and it will allow it to avoid import tariffs.

Tesla shares are 1.5 percent up in US trading, with analysts predicting it will be able to raise capital in order to fund different new projects, like an electric semi truck, a pickup truck, a compact SUV, etc.

Cathy Garrett - March 30, 2019
0
Includes a new playlist based on both your listening habits Spotify is testing a new subscription called Premium Duo...

Cathy Garrett - May 17, 2019
0
Joe Biden will base his presidential campaign headquarters in Philadelphia, his team announced Thursday. The move, which came as...
© I'm Herald 2020. All Rights Reserved.