A few months ago, Canoo a high-tech advanced mobility company, has been awarded by the U.S. Army with $67,500 to create an EV for analysis and demonstration. Thursday, the company announced it has delivered a prototype of its new Light Tactical Vehicle, or LTV, to the U.S. Army.

“As an American company based in the heartland, it is an honor to be selected by the U.S. Army,” said Tony Aquila, Investor, Chairman & CEO at Canoo. “This is another opportunity to prove our proprietary technology – which is customizable and adaptable for multiple use cases and special environments.”

The California based start-up, uses a multi-purpose platform architecture, on which they have built three vehicles so far: a passenger van, a delivery vehicle and a pickup truck. The LTV seems like an updated version of the truck that debuted last year, modified to go further, carry more, and withstand more abuse. Air springs replace leaf springs for travel over rougher terrain, and the two engines produce up to 600 horsepower. For increasing the strength of the vehicle without adding weight, Kevlar carbon panels have been installed.

“The LTV is another milestone proving the power of our technology and how it can be used, even in tactical situations. This is a winning algorithm for our customers and company.”

With a carbon footprint greater than that of approximately 140 countries, the US military is one of the world’s greatest polluters. The Department of Defense revealed a net-zero emissions strategy in the beginning of 2022, including a recommendation for the military to electrify its combat and support vehicles. Throughout 2023, the Army will test a number of electrified and electric vehicle (EV) programs, including the Abrams Main Battle Tank, this Canoo, and a Ultium battery platform from General Motors.

Canoo’s multi-purpose platform was recently selected by NASA for crew transportation vehicles to deliver astronauts to the Artemis launch site for lunar missions to establish the first long-term presence on the Moon. Otherwise, Wallmart ordered 4,500 delivery vans this summer and the company has plans to build 20,000 delivery vans and lifestyle vehicles by the end of next year. 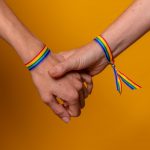 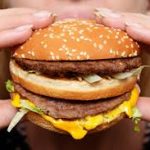 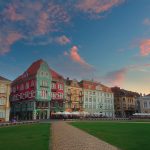 Lula Sherman - January 1, 2023
0
The European Capital of Culture is a city designated by the European Union for a period of one calendar year during which...

Stella Byrd - September 19, 2019
0
Facebook has been working to develop augmented reality glasses out of its Facebook Reality Labs in Redmond, Washington, for the past couple...
© I'm Herald 2020. All Rights Reserved.