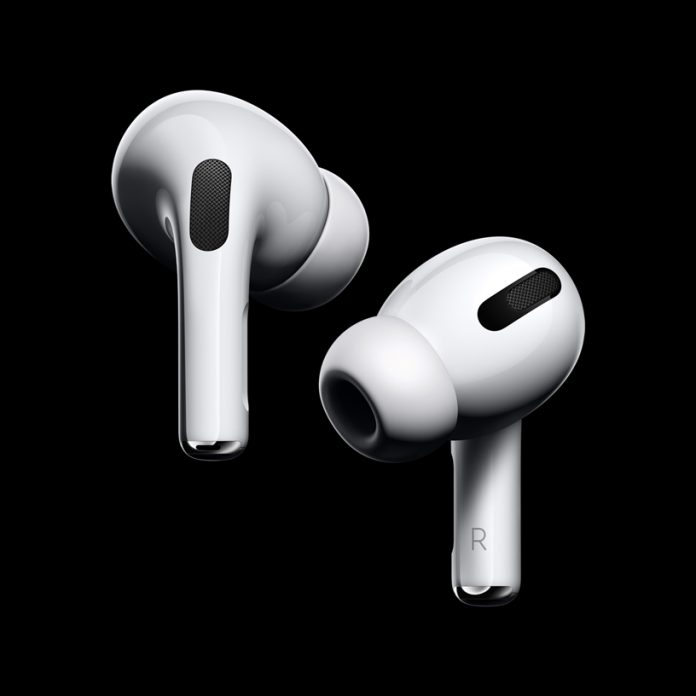 The new Apple AirPods Pro sound so pristine that they’re going to put every other head phones to shame.

Clearly, listening to your favourite songs should be an outstanding experience. In order to get that amazing experience, you need both a great device to render the most perfect harmonies and a set of head phones to convey those notes.

The singer should be in perfect unison with the entire song and every bit of the instrumental piece should sink into your persona.

In less than three years, Apple’s AirPods went from being reviled to becoming a cultural phenomenon. They’re the best-selling wireless earbuds in the world—and if you believe Apple, the best-selling headphones period.

Just a few months ago, Apple introduced an update that added wireless charging and voice commands to the models first released in late 2016. Then Apple casually dropped the AirPods Pro one morning in October. The new models feature noise-canceling technology that presumably is the differentiating “Pro” factor between them and the original versions.

Of course, there are a lot of interesting new features to explore. The AirPods Pro use tiny microphones for noise cancellation, and with a long press on one earbud you can activate it or disable it. (One tap pauses, two taps skips, etc.) In what Apple calls transparency mode–a funny name possibly invented by and for Gen Z-ers–you can turn off noise cancellation so you can hear someone talking to you or an oncoming car.

Why the new iPhone airpods worth the 249$ price tag?

1. Everything that’s good about the old AirPods

All the features you might want from the excellent second-generation AirPods can be found in the Pro models. The case can be charged wirelessly, it isn’t much bigger than the case for the old models, and you can call out to Siri without having to touch your phone.

2. You can hear the world around you as needed

While the main selling point of the Pro buds over the regular ones is that they’re noise-canceling, you’re not going to want that in every situation. If you’re crossing the street, trying to hear an announcement on the subway, or being asked a question by a coworker, you can press and hold on the stem of the AirPods Pro to turn off the noise-canceling feature and go into what Apple calls “Transparency mode”—the same setting found on the new Beats Solo Pro headphones.

Although I’ve been on countless runs, gone to the gym, and generally worn my old AirPods in wet weather without issue, apparently I wasn’t supposed to do that. The AirPods Pro are the first ones Apple lists as water- and sweat-resistant, meaning they should be great for taking on your next workout.

Besides all of these advantages that these airpods are offering, there’s also a unique feature hidden in the settings of the iPhone as well. Once connected, you can perform an earbud test and make sure the size is correct, since Apple includes earbuds in small, medium, and large. Strange to think about but apparently our ears are sometimes different sizes between left and right, although medium worked fine for me.

Why the new airpods may not be worth it

1. Three sizes do not fit all

To get a decent seal on your ear canals, the AirPods Pro uses rubbery tips that are supposed to fit snugly and block out the world around you. The tips come off, with a little bit of coaxing, and Apple provides three sizes meant to accommodate most ears. Through the iPhone, Apple even offers an “ear tip fit test” in the AirPods’s settings that’s supposed to determine whether the earbuds are in properly. Every time I took the test, it told me that I had a “good seal,” but within about 10 minutes of wearing the pods, I could feel them slipping slightly out of my ears.

The smaller ear buds were too small for my ears, and the larger ones didn’t fit into my ears. I don’t really see a solution here—if you’re between sizes of the AirPods tips, you may well be out of luck.

On the first two generations of AirPods, you tapped the side of the earbud twice to activate Siri or to pause a song, depending on your choice, and that was that. There weren’t a ton of options, but they were all simple. On the AirPods Pro, there’s a range of things you can do, but for each action you have to squeeze both sides of the stems of one of the AirPods. Given that the stems are shorter than on the other models, this is actually rather difficult to do without pulling the earbud out of your ear. It’s not clear why the new pods couldn’t also have the tapping interface option found on the old AirPods.

3. Their battery life is average

One of the biggest downsides of AirPods is that they can’t last an entire day. They charge very quickly and the case can hold around 24 hours’ worth of battery life, but if you want to wear them for a long-haul flight or a work day, you’re going to have to charge them after around five hours. This is still true with the AirPods Pro, and Apple says if you’re constantly using the noise-canceling function, you’ll get more like 4.5 hours’ worth of battery life on a single charge. My Bose can last around 20 hours on a single charge.

Lucille Butler - March 8, 2019
0
Amazon.com Inc. is shutting down all 87 of its U.S. pop-up stores, ending the retailer’s years long experiment with these small shops...

Lucille Butler - April 20, 2019
0
They were born without a working germ-fighting system, every infection a threat to their lives. Now eight babies with "bubble boy disease"...
© I'm Herald 2020. All Rights Reserved.